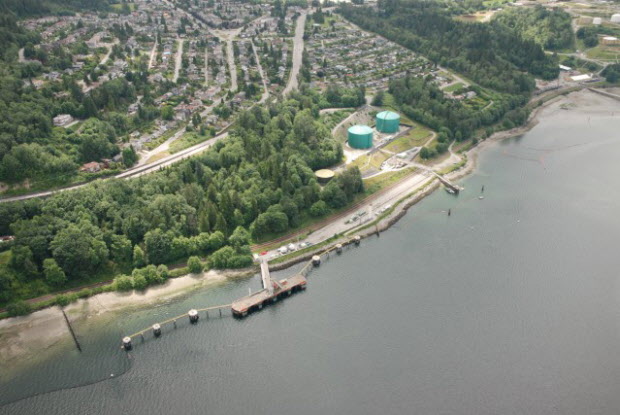 The City of Vancouver wants the economic effects of climate change examined as part of a federal review of Kinder Morgan’s $5.4-billion Trans Mountain pipeline expansion.

The city has filed a motion with the National Energy Board, arguing a decision by the federal review panel that fails to consider climate change would be a breach of its statutory authority under the Canadian Environmental Assessment Act and sufficient grounds to overturn any recommendations.

The National Energy Board has said it does not intend to consider the environmental and socio-economic effects associated with the development of the Alberta oilsands or the eventual use of the oil shipped to other countries, including in Asia.

“It’s not reasonable for the NEB to say that they are taking into account a pretty wide swath of positive economic impacts the proponent has brought forward without also taking into account the same geography of potential negative impacts as the result of climate change due to increasing emissions dramatically,” Vancouver city councillor Andrea Reimer said Sunday.

The NEB has not responded to the motion submitted last Friday, but has already denied a number of motions, including a call for oral cross-examination by former ICBC CEO Robyn Allan, which is supported by a number of B.C. municipalities including Vancouver and Burnaby.

Among the list of issues the NEB is considering are: The need for the project; commercial effects; potential environmental and socio-economic effects, such as on rivers and the ocean; spill planning and effects on aboriginal interests.

If the NEB rejects its motion, the city has a number of avenues available to push the inclusion of climate change in the review, including the court system and political pressure on Ottawa, Reimer said.

The city’s contention is that the Kinder Morgan project is tied to increased production from the Alberta oilsands, which will increase greenhouse gas emissions.

Its arguments are laid out in a 682-page submission that contain its motion, affidavits from city officials and supporting documents.

As part of its motion, the city has included a sworn statement from Simon Fraser University professor Mark Jaccard who estimates the Trans Mountain project would increase greenhouse gas emissions by 270 million tonnes during a 35-year period, or an average of 7.7 million tonnes each year.

The annual contribution is about one per cent of Canada’s 2012 greenhouse gas emissions of 699 million tonnes.

The City of Vancouver also included its detailed Greenhouse Gas Emission Reduction Official Development Plan in its motion, which shows it is making preparations for the effects of climate change such as higher sea levels, more frequent and powerful storms and hotter, drier summers.

An international panel of scientists, the Intergovernmental Panel on Climate Change, delivered its fifth assessment on global warming seven months ago, concluding there is increased confidence that temperature increases are being driven by human activity. The work of the panel continues to be criticized by global warming skeptics.

In Kinder Morgan’s 15,000-page project submission to the NEB, the company concludes that greenhouse gas emissions — less than 0.15 per cent of Canada’s annual emissions — will have a “negligible and not significant effect” on climate change.

Of the broader issue of climate change linked to oilsands development and fossil fuel use, Kinder Morgan regulatory vice-president Scott Stoness said the company recognizes its role as part of the industry supply chain. “As part of our engagement efforts we’re listening and seeking feedback, but are focused on what actions Trans Mountain can take to address the issues within the scope of our project,” he said Monday in an email.

While reviews of significant projects in Canada have not included a broader consideration of climate change effects, a review announced last February of a proposed $650-million coal terminal in Washington state will include investigation of the global warming effects of burning exported coal in Asia, as well as statewide rail effects