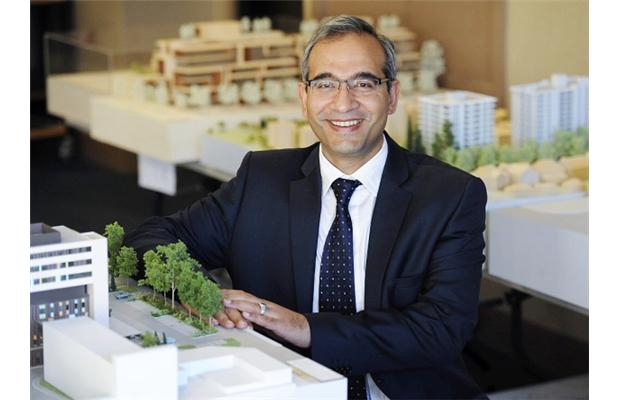 The City of Vancouver has announced the creation of a the Vancouver Affordable Housing Agency, a resource centre aimed at increasing affordable rental housing stock for families that don’t qualify for social housing, but can’t afford to buy.

In a report to council from Mukhtar Latif, the city’s chief housing officer, the city declared a mandate to provide 2,500 affordable housing units on city and “partner” land by 2021 through the agency.

“This is a new entity that the city will have to really promote and advance affordable housing,” Councillor Geoff Meggs said Sunday. “The agency won’t build or hold housing stock, but will facilitate partnerships with the private sector, with non-profits, with city-owned properties to provide affordable housing in the rental market.”

Meggs said the agency will be tasked with streamlining the creation of new rental units for “median income earners,” who have incomes that fall between $20,000 and $80,000.

“Our research shows that if you have a family income of $125,000 or less it is exceedingly difficult to buy a family home in Vancouver,” Meggs said.

What qualifies as “affordable” would be a rental unit that costs no more than 30 per cent of household income.

In a media release, the city said that VAHA plans to provide at least 500 units in the first three years and to focus on creating a mix of housing stock, including three-bedroom units targeted to “individuals and families of low to moderate income living and working in Vancouver.”

Just how that housing is created will depend on proposals brought forward by the private or public sector. Whether proposals are for existing co-ops that want to expand, or for new types of housing, or proposals to develop and provide housing on existing city land, the agency will help move projects forward and attempt to eliminate bureaucracy.

“The agency will be within the city structure, and provide housing expertise,” Meggs said.

Latif will head the agency and will operate with a council-appointed board.

The agency is being established based on recommendations from Mayor Gregor Robertson’s Affordable Housing Task Force.