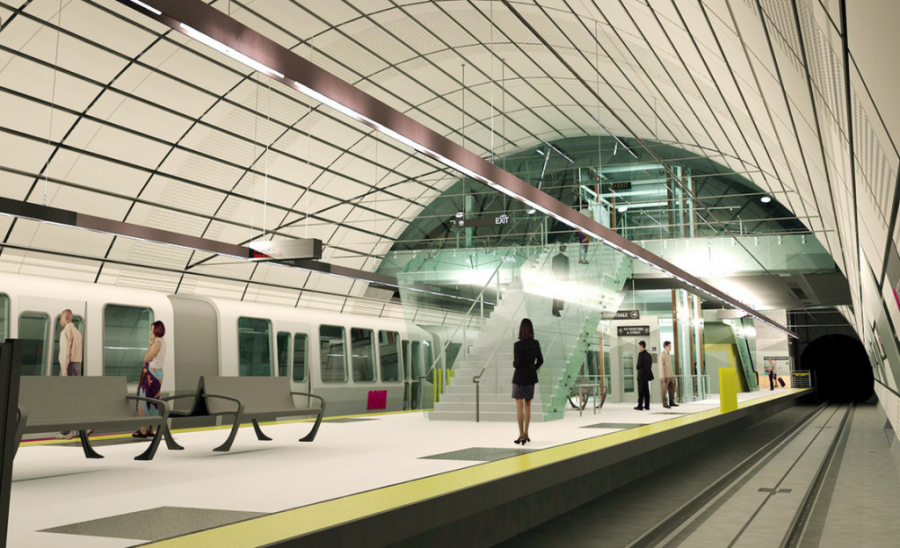 Getting federal money for the $3-billion line unlikely without such a designation, Robertson says

OTTAWA — The Harper government needs to be convinced that the proposed $3-billion Broadway subway line to the University of B.C. is a project of “national significance,” Mayor Gregor Robertson said Wednesday.

Robertson, who was chairing a meeting of big-city mayors here, said a $14-billion, 10-year fund being promoted by the Conservative government is “woefully inadequate” to meet Canada’s infrastructure needs.

That program has only set aside $9 billion specifically for big cities, with $1 billion earmarked for smaller and typically more Tory-friendly municipalities.

Another $4 billion is targeted for projects of national strategic significance.

Asked if there is enough federal money on the table to get the Broadway project off the ground, Robertson replied: “That depends on whether the additional $4 billion of national infrastructure money is on the table.”

Robertson said Vancouver will make the case to Ottawa that all Canadians would benefit from the subway.

Linking UBC to major health sciences institutions along the corridor, including the Vancouver General Hospital and the BC Centre for Disease Control, would advance Vancouver’s ability to become a global research hub.

“We will see companies from all over the world coming to Vancouver if there’s good connectivity,” he said in an interview. “The cities we compete with globally in technology are well-connected and are invested in rapid transit, and we need to keep pace. So it will have a nationally significant economic impact.”

A 2013 KPMG report commissioned by UBC and the city said the current bus system along the route is operating over capacity.

It also said there is little chance given constrains on the road to expand bus service to deal with an anticipated doubling of the population along the corridor over the next 30 years.

Cities like Toronto and New York have a “clear competitive advantage over Vancouver: they have a public transportation network that provides rail rapid transit between their major employment centres and their academic research facilities,” the report noted.

Robertson’s comments came after one of the more controversial gatherings of big-city mayors because it included, for the first time, Toronto Mayor Rob Ford.

Ford, who has in the past dismissed the Federation of Canadian Municipalities as an organization of left-leaning politicians who waste tax dollars, arrived in Ottawa to push for Toronto’s “fair share” of transit funding.

Montreal Mayor Denis Coderre sneered at Ford’s decision to attend, saying it would create a “circus” atmosphere. But Robertson said Ford, who spoke publicly to reporters Wednesday about his boozing and crack-smoking past, was a welcome addition to the lobby group.

“It’s important to have Toronto at the table,” he said. “It’s been a distraction for some outside the room, but between mayors we’re very focused on our priorities on housing and transit.”