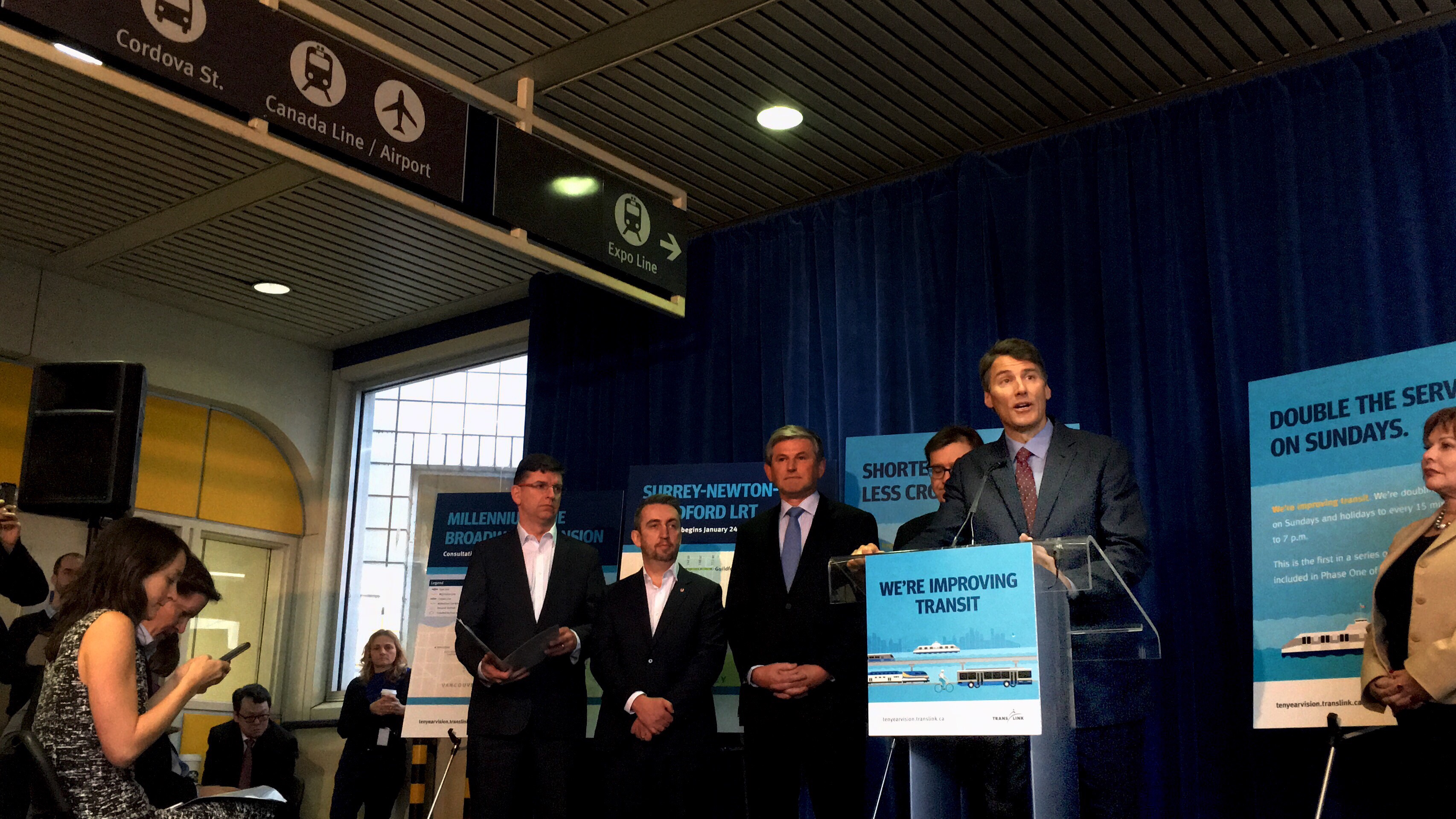 Here are some of the highlights:

You can read the entire plan at Translink’s website.

This is a major investment, and it’s one we’ve been working hard to deliver for you. But as anyone who has taken an overcrowded bus in Vancouver knows, it’s also just a fraction of the new services and infrastructure we need to reduce congestion. Phase Two of the Translink plan includes the new Broadway Subway, which we’re fiercely advocating for with our federal and provincial counterparts.

Mayor Gregor Robertson announces biggest transit investment in in Vancouver in almost a decade.
Vancouver to see biggest transit expansion since 2009
A party that brings people together to take bold action for our city is needed more than ever. Join our team and let's get to work.