The Globe and Mail: Why we should listen to the Vancouver mayor’s message about homelessness 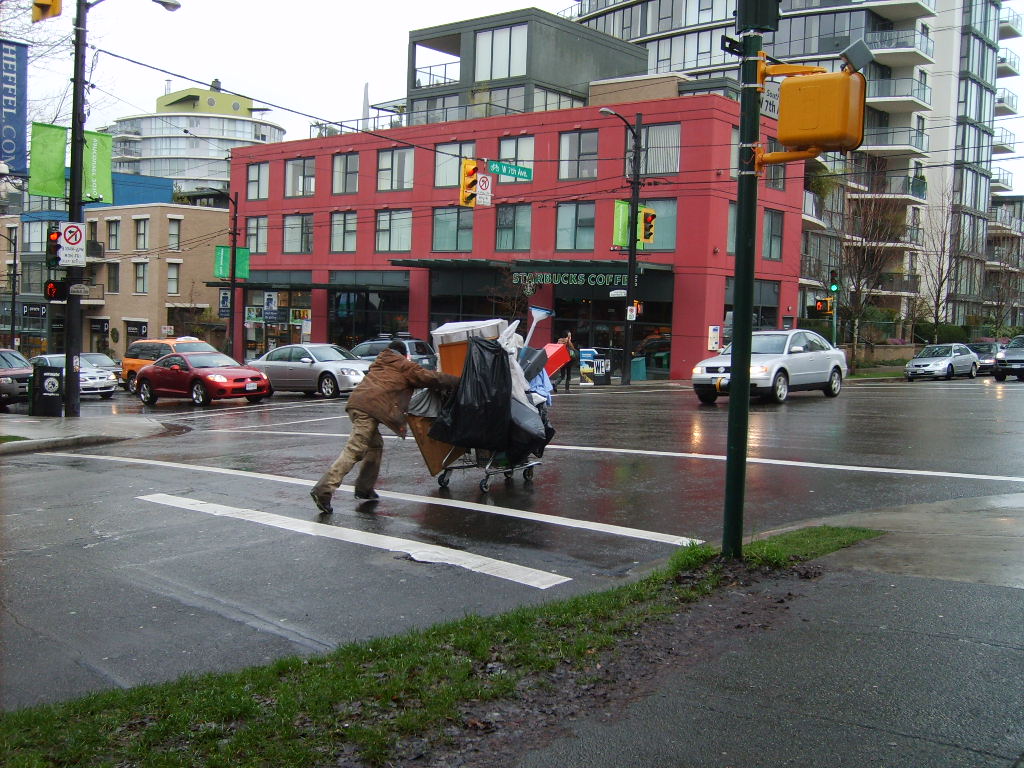 Vancouver’s challenges with the homeless – the legions who suffer from addiction and untreated mental illness and roam its downtown streets – have been well-documented.

So, can other Canadian cities – along with provincial and federal governments – learn from their experiences, good and bad?

Mayor Gregor Robertson thinks so and that’s why he’s heading east to the nation’s capital to deliver the keynote address to the first National Conference on Ending Homelessness on Tuesday.

The message he’s planning to deliver is a blunt one: Homelessness is a major social problem and dealing with it must begin with the most hard-core street people, those living with untreated mental illness.

“We have a public-health crisis. It’s not just our problem, it’s a national issue,” he said in an interview.

An estimated 300,000 Canadians live in shelters and on the streets each year. That situation is costing taxpayers an additional $1.4-billion annually in health care, justice and social services, according to the Mental Health Commission of Canada. That a country as wealthy as Canada has 1,086 homeless shelters (and counting) is disgraceful and speaks to a massive public policy failure at all levels of government.

Housing is one of the key determinants of health. It is virtually impossible to be healthy if you don’t have a roof over your head.

But there are different degrees of suffering and Robertson has, in recent months, focused his attentions on those who have become the face of homelessness, despite the fact that they are but a tiny percentage of those on the streets.

People with untreated mental illness tend to stand out because of bizarre behaviour, all-too-noticeable lack of personal hygiene and their sometimes troubling interactions with the public and police.

It’s important to avoid stereotyping people with mental illness as violent because the vast majority are not, and Robertson is careful to stress it is untreated severe mental illness (which often translates into psychosis, and which can lead to people being perpetrators and victims of violence) that is the real problem.

But the challenges posed by this small minority are real and they were outlined well in a presentation the mayor made to city council earlier this week. In Vancouver, there has been a spike in violent attacks and a huge increase in the number of emergency-room visits, as well as apprehensions under the provincial Mental Health Act (meaning people picked up by police are “sentenced” to treatment instead of being prosecuted and jailed.)

Vancouver police spend fully 25 per cent of the time now dealing with those with severe mental illness.

The problem is similar in every major urban centre and, increasingly, in mid-sized cities, though the scale varies.

At the best of times, society struggles with how to deal with those with addiction and untreated mental illness. When the price of street drugs is plummeting (making them readily available) and when treatment resources are being cut in favour of so-called law-and-order approaches, as is currently the case, the challenge is that much greater.

Mr. Robertson, to his credit, is not just complaining and throwing up his hands. He is proposing some very concrete solutions “to prevent this crisis from spiralling out-of-control” and, again, they should resonate with other big cities.

More long-term, secure mental-health treatment beds – most provinces have shut down old-style psychiatric hospitals. Some people with severe mental illness need to be hospitalized for their safety and that of others. For others, treatment available in the community is often inadequate. When people are sick, they need stability but often have trouble maintaining an apartment or room, even if they have the money to pay for it. The $110-million At Home/Chez Soi research project provided compelling evidence of the benefits and cost-effectiveness of providing housing for the severely mentally ill, but that funding has run out and many participants are returning to the streets. Invest in an approach called assertive community treatment, in which health professionals do monitoring and treatment in the community. Often, they also oversee community treatment orders, court rulings that require patients to take their medication or risk hospitalization or imprisonment. Instead of just treating people in the emergency room and sending them back out the revolving door to the streets, establish crisis centres and outreach teams to do preventive work.

As he will be speaking in the shadow of Parliament, Robertson will be asked about Insite, the supervised injection in Vancouver, but he won’t dwell on it.

“Vancouver’s success in bringing down overdose deaths is important to note,” he said, while stressing that harm reduction is just one part of a larger strategy that includes treatment, rehabilitation and, of course, housing.

“You need strong political will and a long-term commitment to tackle homelessness,” Robertson said. “Vancouver has that, and so do other cities, but we can’t do it alone.”

“We need the federal government – and provincial governments to act – on this. It’s essential to the health of our cities.”