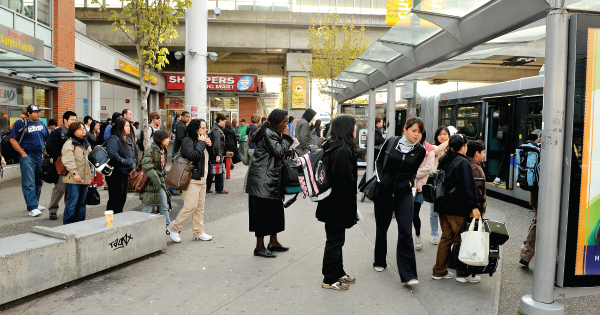 The NPA’s latest comments on transit in Vancouver show the risk of electing an out-of-touch NPA that lacks leadership on the key issues.

Today’s NPA announcement on transit continues weeks of conflicting messages from their mayoral candidate Kirk LaPointe. This is combined with a vague promise of more studies on traffic and bike routes, showcasing a lack of leadership from the NPA and a refusal to put forward concrete policies.

“The NPA has no credible plan on transit and with a major transit refrendum taking place next spring, electing an inexperienced NPA would be a huge risk to our city,” said Vision Vancouver Councillor Geoff Meggs. “It’s clear from their release today that the NPA has no positive alternative to address the needs for transit in Vancouver. Most concerning is that Mr LaPointe doesn’t even seem to understand where a Broadway Subway would start from.

“With Gregor and Vision, voters know that we will clearly champion the Broadway Subway and show leadership on supporting transit throughout the region. With the NPA, they continue to offer vague, un-costed commitments and confusion.”

When asked if he supports a Broadway Subway at his campaign launch, Mr LaPointe was unsure, saying "the subway may be the way to do it."

One week later, Mr LaPointe says he now does support a Broadway Subway: "It’s been like that for the Broadway subway proposal which I happen to support."

Mr LaPointe tweets out a promise guaranteeing he will get the Broadway Subway built: "Can't build bike lanes properly. Why would you trust @MayorGregor to create a subway? We will deliver. Six years in, they haven't. #vanpoli"

Mr LaPointe criticizes the Mayor, claiming he is overpromising on the Broadway Subway: "his suggestion that it is a done deal is way wide of the facts.”

Mr LaPointe blogs that there is no commitment for an underground subway: "There is no actual Broadway “subway” in what is planned and approved. The approved TransLink funds are for an above-ground Millennium Line SkyTrain extension from Commercial Drive to Arbutus Street."

When asked his position on supporting better transit and if he would champion the new 10-year Transit Plan for Metro Vancouver, the NPA's Mr LaPointe said he did support the 10 year plan, but then did not support the proposal, as it involves using the carbon tax.

The language in the TransLink Mayor’s 10-year plan reads:

The first 10 years of the Vision targets implementing the first phase: extending the Millennium Line westward from its current terminus at VCC-Clark to Arbutus.”