LaPointe’s promises require budget cuts, but he won’t be impacted

With the NPA set to finally release a platform this morning, voters should be asking what programs Kirk LaPointe will cut to pay for his promises – cuts that won’t impact him as he does not live, work or pay taxes in Vancouver.

Almost four months since he started campaigning, and after advance voting has already started, the NPA’s Kirk LaPointe has still not answered the following questions:

An analysis of NPA spending commitments shows that Kirk LaPointe’s promises add a total of $146 million in new spending. With 11 days to the election, voters should be asking what city programs Kirk LaPointe will cut to pay for them – cuts that won’t impact him as he does not live, work or pay taxes in Vancouver.

Read the full analysis of the NPA's budget promises. [PDF] 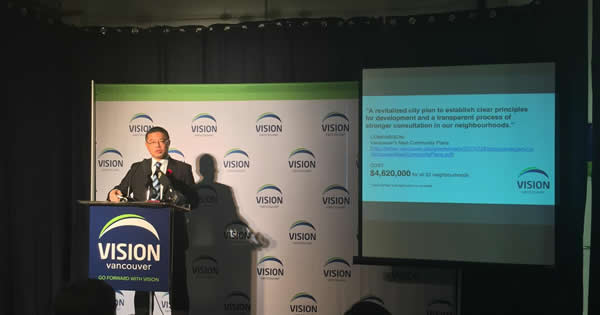 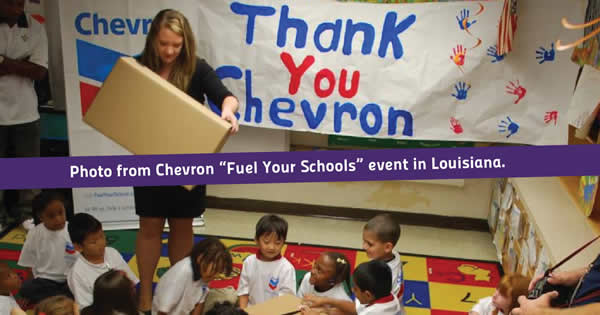 With less than two weeks to election day, Vision Vancouver has released another radio ad, alerting voters to Kirk LaPointe and the NPA's commitment to big oil.

The new ad can be heard here: https://soundcloud.com/vision-vancouver/radio-ad-november-2-2014

“Voters don’t know a lot about the NPA and Kirk LaPointe’s policies. What is clear is LaPointe’s commitment to Kinder Morgan’s plan for 300 more oil tankers a year in our waters, and to Chevron's marketing to our kids," said Vision School Trustee Patti Bacchus. "That is a major risk to Vancouver and voters need to be aware of what's at stake."

"Kirk LaPointe does not live, work or pay taxes in Vancouver. He won’t commit to Vancouver, but he has no problem committing to big oil. He just doesn’t seem to understand Vancouver.”

Vancouver – With two weeks until election day and only four days until early voting, the NPA’s Kirk LaPointe has still refused to release a fully-costed platform – continuing to leave voters in the dark.

“It’s clear that the NPA’s Kirk LaPointe hasn’t done his homework – and now he’s cramming before the final exam,” said Vision Councillor Heather Deal. “Instead of offering specific, costed, and concrete commitments, LaPointe has promised only an endless series of studies – highlighting a lack of leadership and experience, and the risks of letting the NPA take Vancouver backwards. Only Vision Vancouver has the strong leadership and experience to keep Vancouver moving forward – including building the Broadway Subway and standing up against 340 more oil tankers in our local waters.”

Vancouver – As Halloween draws near in Vancouver, Vision Vancouver is getting into the spirit of the occasion by highlighting the spooky risks of letting the NPA take Vancouver backward in this election.

“Kirk LaPointe’s refusal to release a fully-costed platform is leaving Vancouver spooked, and we can’t risk the spectre of letting the NPA drag Vancouver backward,” said Mayor Gregor Robertson. “The NPA’s confusion on transit would make the Broadway Subway a ghost train, and they seem to have incredibly spooky plans to cut crucial City services. Vancouver has been haunted by the NPA before, but only Vision Vancouver has a positive plan to keep moving Vancouver forward – and to keep zombie attacks steadily on the decline!”

“Four days until voting begins, and the NPA’s Kirk LaPointe is still hiding his platform – which is a big risk for voters,” said Jang. “He’s made a number of reckless spending promises – on counterflow lanes, on pools – all of which will require money to come out of existing programs that our residents rely on.

“You only have to look at the NPA’s voting record to know where they will cut. They’ve opposed Vision’s efforts to invest in Chinatown, whether it is restoring heritage buildings, supporting local businesses or adding new housing for seniors.”

With just five days until Vancouver voters can start voting in the 2014 election, the NPA's Kirk LaPointe still refuses to release a platform or budget -- leaving five big questions he has yet to answer.

"Kirk LaPointe won't release a platform, and with just days until voters start casting ballots, Vancouverites should be asking: what is the NPA's Kirk LaPointe trying to hide?" said Vision Councillor Heather Deal. "His only commitments have been cuts: cancelling the City's rental housing programs, wiping out affordable housing targets in neighbourhood plans, and ending the Greenest City Plan. When Kirk LaPointe tries to talk about issues - like the Broadway Subway - he gets the basic facts wrong, like not knowing where it starts from.

Kirk LaPointe told CKNW today that his platform will now be out within a week. This follows several months of missed deadlines set by LaPointe himself. 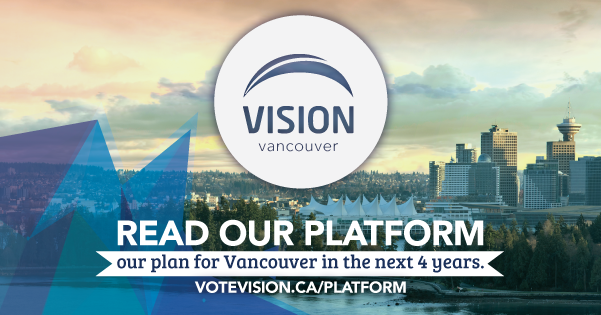 Today Mayor Gregor Robertson and the Vision Vancouver team continued to highlight their positive plan for Vancouver and the risks of letting the NPA’s Kirk LaPointe drag our city backward, and released a series of new ads outlining the choice facing voters in this election.

“Vision Vancouver has the experience and strong leadership needed to keep moving Vancouver forward to build new affordable housing, build a new Broadway Subway, and continue creating new jobs in a fast-growing economy,” said Mayor Gregor Robertson. “The NPA’s Kirk LaPointe has kept his platform a secret, taken crucial transit issues off the rails, and walked away from tough questions. That’s the choice facing voters in this election, and it highlights the risks of the letting the NPA take Vancouver backward.”