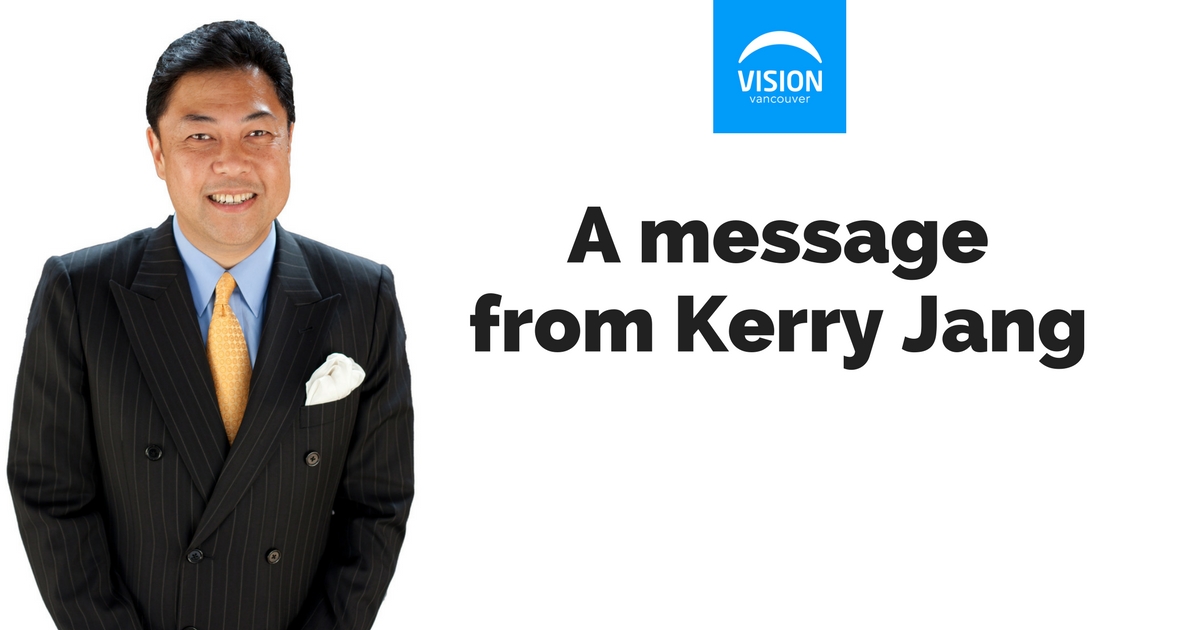 I want to share with you the latest on what your Vision team is doing on homelessness.

You may have read in the media about how we’re partnering with the new BC Government to deliver 600 modular homes — spread across the city — to help house people who are homeless. It’s a great example of the effective partnership we have with the provincial government that’s delivering real results for Vancouver.

There has been some neighbourhood pushback. I went to a community open house for one of the modular buildings last night. Some residents are claiming that the modular housing will bring drugs or crime to their neighbourhood, or put children at risk.

It’s disappointing to see that type of stigma about the homeless. The fact is, we have homeless people throughout Vancouver, in every neighbourhood. And they are people’s kids, their brothers and sisters, their friends.

We have a choice: we can leave people on the street, or get them into a home, with the support they need to rebuild their lives. And Vision Vancouver will continue to be willing to make the difficult choices to get this housing built, because it is the right thing to do.

Mayor Robertson held a special press conference yesterday to reiterate our commitment to getting people off the street.

Modular housing works. We set up the first city-led project at Main and Terminal earlier this year. There have been zero complaints. It’s a successful model that saves money and delivers housing quickly — which is why we’re building them across the city.

It’s one of several measures we’re rolling out to help our most vulnerable. We’re opening 300 winter shelter beds, again in partnership with the BC Government — almost double what we had last year. They’re already full. We’re opening community centres up overnight when the temperature drops, and we have 1,000 new permanent social housing units opening between now and the end of next year — affordable homes we secured as part of new development in Vancouver.

Yes, there’s much more to do, but we’re on the right track. If you support our work to get new modular housing to help the homeless, I’m asking if you’ll speak up. Write a letter to the editor. Tweet your support. Post about it on Facebook. Talk to your neighbours.

Every voice makes a difference.

Thanks for your support,
Kerry