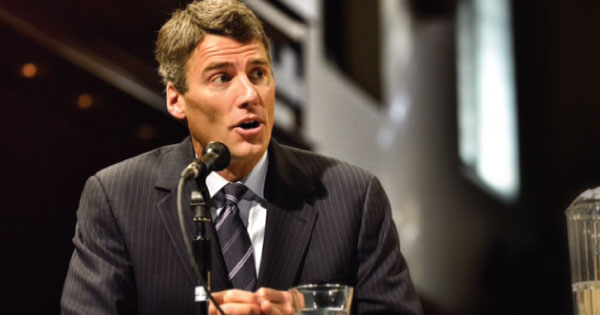 Mayor Gregor Robertson challenged the NPA's Kirk LaPointe on his series of mistakes on crucial transit issues at today's mayoral debate at Christ Church Cathedral, highlighting the risk of letting the NPA take Vancouver backward in this election.

"Mr. LaPointe didn't even know where the Broadway Subway starts. He walked away from media questions about it, and clearly hasn't even read the plan supported by 22 Metro Vancouver mayors," says Mayor Gregor Robertson. "When it comes to a pivotal transit referendum just months away, Vancouver can't risk any more rookie mistakes from Kirk LaPointe and the NPA. On the Broadway Subway, Kirk LaPointe's lack of leadership is off the rails."

When asked directly by moderator Andrew Chang, Mr. LaPointe again refused to offer specifics on his transit platform - a risky pattern of uncertainty that has continued since the first day of his campaign.

When asked if he supports a Broadway Subway at his campaign launch, Mr. LaPointe was unsure, saying "the subway may be the way to do it."

One week later, Mr. LaPointe says he now does support a Broadway Subway: "It’s been like that for the Broadway subway proposal which I happen to support."

Mr. LaPointe blogs that there is no commitment for an underground subway: "There is no actual Broadway “subway” in what is planned and approved. The approved TransLink funds are for an above-ground Millennium Line SkyTrai nextension from Commercial Drive to Arbutus Street."

When asked his position on supporting better transit and if he would champion the new 10-year Transit Plan for Metro Vancouver, the NPA's Mr. LaPointe said he did support the 10 year plan, but then did not support the proposal, as it involves using the carbon tax.

The language in the TransLink Mayor’s 10-year plan reads "extending the Millennium Line westward from its current terminus at VCC-Clark to Arbutus.”