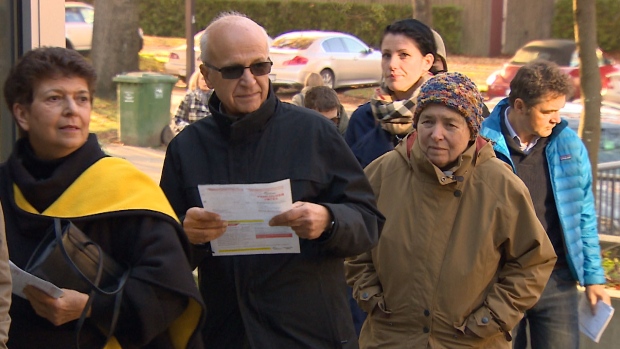 Early on election day, it became clear from the long line-ups at polling stations that this was an election that had the full attention of Vancouver voters.

Polls at several locations were late closing Saturday night as machines jammed or stations ran out of ballots.

In an emailed statement, the City of Vancouver now says turnout in this year's civic election is estimated at 44 percent with more than 187,000 ballots cast, up from 34 percent in the 2011 municipal election.

"This is a very strong turn-out for the City of Vancouver, surpassing the goal of 40 per cent," said the city's statement
In fact, it's the largest turnout in a Vancouver civic election since 2002 when more than 50 percent of voters cast ballots as mayoral candidate Larry Campbell led the Coalition of Progressive Electors to a near-rout of council, park and school board positions.

In 1990, 52 percent cast ballots. But voter turnout has been going down steadily ever since.

Turnout was 32 per cent in 2005 and then sank to the lowest in Vancouver history in 2008, with just 31 per cent of voters bothering to cast a ballot.

This year, the City of Vancouver developed a plan to encourage voter participation, in line with its stated goal of increasing voter turnout to 60 percent by 2025.

Advance voting was expanded from four to eight days and voters were able to cast ballots at 120 voting stations spread across the city.