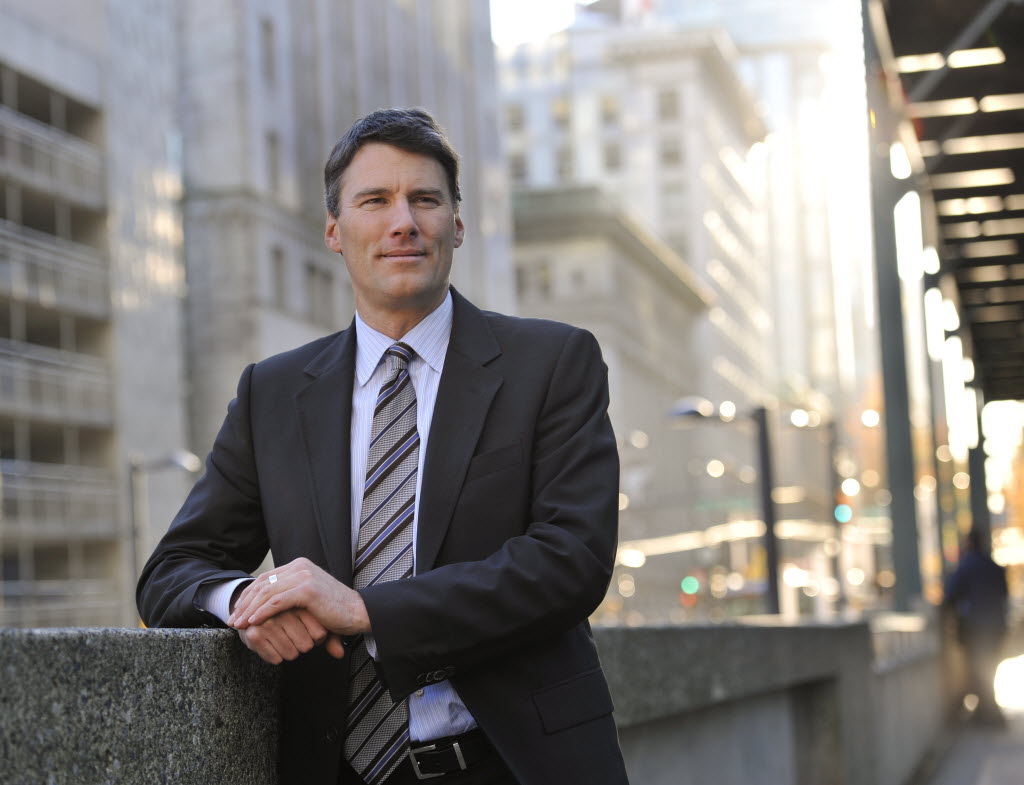 VANCOUVER -- Six seasons in as Vancouver mayor, you’d think Gregor Robertson might be showing the effects of the job. But beyond a few more grey hairs than when he started, the city’s chief magistrate appears as ridiculously youthful-looking as ever, any political scrapes and bruises he’s incurred not manifest in any telling way.

Last week, Mr. Robertson made official what he’d been signalling for months: He’ll be seeking re-election in the fall. If the news disappointed anyone besides his political opponents – such as they are – it might have been federal Liberals, who hoped he might be lured by the charisma of Justin Trudeau to run as a Grit candidate in 2015. But anyone who knows the mayor well understood that was never going to happen.

Mr. Robertson has one of the best posts in the country. He not only gets to govern one of the most beautiful and envied cities on the planet, but also gets to shape it in his image. He has mostly spent his time in office much appreciated by the citizenry. His popularity (which has sagged a little lately) has made life relatively easy for his Vision Vancouver party, which holds an almost laughable majority on council. The Non-Partisan Association, once viewed as the city’s natural governing party, is only now putting itself back together after being annihilated in successive civic elections.

The NPA has yet to name a mayoral challenger but insists there will be one. A few others will likely announce a bid for the mayor’s chair in the coming months, but none will have a chance.

It’s been a pretty remarkable run for Mr. Robertson when you come to think about it. Vision sprang from the collapse of the left-leaning Coalition of Progressive Electors party, which exists today as a shell of its former self. Mr. Robertson exited life as a provincially elected New Democrat to take over the reins of Vision. When he won in 2008, he was portrayed as a soft-spoken, bike-riding, modern-day hippie businessman. He was not associated with any dimension of intellectual heft. Which tells you what anyone knows.

If Mr. Robertson wins re-election, and serves out his four-year term – the B.C. government has tabled legislation that would change the length of civic mandates to four years from the current three – he will go down as the longest-serving mayor in the city’s history. After which it will be difficult to argue that he hasn’t had as much, or more, impact on shaping the look and feel of Vancouver than any mayor before him.

His oft-mocked green agenda is taking shape, and he has the scars to prove it. The many bike lanes he’s approved have not always been popular, but they’ve gone ahead. His densification program is also roaring along, while facing some of its sternest opposition yet.

The mayor is confident that the city will be the greenest in the world by 2020 – a goal he set when he was first elected. Urban planners from around the planet continue to visit to see what Vancouver is doing right to make it routinely regarded as one of the most livable metropolises in the world.

The one area that the city regularly loses liveability marks for is affordability – something the mayor has pledged to do something about. On that front, he seems to be waging a losing battle. More residential towers than ever are springing up – leading to accusations that he’s too close to developers – but prices don’t seem to be going down. Most doubt they ever will. The mayor has had a hand in seeing more rental towers built, but rates remain ridiculously high.

There will be opportunities down the road to more closely scrutinize Mr. Robertson’s record. He has not been perfect; no mayor ever is. There is always going to be someone opposed to what you’re doing.

But Mr. Robertson deserves good marks for many things, including the war he’s waged on homelessness. He hasn’t ended it, as he perhaps naively pledged. But the numbers have gone down significantly and it is not talked about in the same way it once was. His vow to address problems associated with the mentally ill on the streets is sincere and welcome. His promise to fight the Kinder Morgan pipeline expansion at all costs is misguided, in my opinion, but consistent with his beliefs and values.

Mr. Robertson has been the driver behind one of the most ambitious, and socially progressive agendas in the city’s annals. Say what you will about his plan, but he’s at least proven along the way that he’s more than just a pretty face.