Have you voted yet?

The ballots for the Transit and Transportation Referendum have started arriving in the mail. Have you voted yet?

Surrounded by members of the Vision Vancouver team, Mayor Gregor Robertson encouraged voters to consider which party has the best plan to move the city forward as they prepare to head to the polls tomorrow.

He delivered his remarks at Delamont Park near Arbutus and Broadway, which is where a Broadway Subway would extend to from the VCC-Clark station.

“I love this city, and I’m proud of what we’ve accomplished together,” said Mayor Robertson. “What I’ve heard most during this campaign is the passion of the people of Vancouver for this city, and the positive outlook they have for the future. 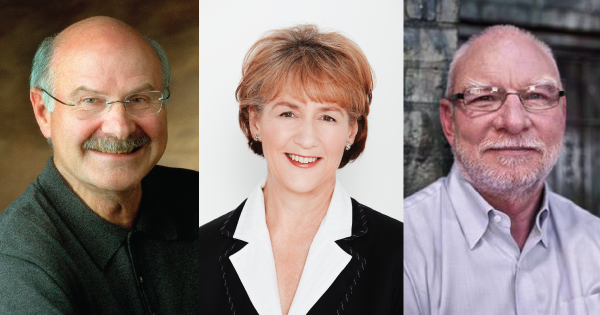 With advance polls closed, and the final chance to vote coming up on Saturday, Mayor Gregor Robertson and the Vision Vancouver team continued to advance their positive plan for Vancouver’s future, while highlighting the risk of a backwards NPA in a close election.

"There is a huge difference between the NPA and Vision Vancouver on the issues voters care about, and a lot at stake in this election,” said Robertson. “Kirk LaPointe and the NPA are not interested in dealing with affordable housing, they’ve fumbled on transit, and they promise to roll back our Greenest City plan. Kirk LaPointe and the NPA have walked away from the tough questions because they know voters won’t like their answers.

With two days until election day, Vision Vancouver has released their final four advertisements. The two TV and two radio spots will be in wide circulation as of this morning.

“I love Vancouver and I believe in what we’re doing together,” says Robertson in the ads. “Like building a greener city, and creating new jobs in digital and clean technology.”

“There’s a lot more we need to do now. From standing up to more oil tankers, to making the Broadway Subway our top priority. I’m committed to Vancouver. I would be honoured if you would give me the opportunity to continue as your Mayor. So I’m asking for your vote. Thank-you.”

Radio ads can be found here:

TV ads can be found here:

Vision Vancouver Mayor Gregor Robertson cast his ballot this morning on the final day of advanced voting to kick off a day of campaigning to encourage people to vote.

“There is a lot at risk in this election,” said Mayor Robertson. “While Kirk LaPointe does not live, work, or pay taxes in Vancouver, his policies would hurt the people who do. LaPointe has proposed $146M in new spending, and the NPA would have to cut services like daycare and libraries to pay for those promises - that is what's at risk.”

Mayor Robertson said the key contrast for voters to consider is between Mr. LaPointe and the NPA, who have walked away from serious questions about housing and the environment, and the clear plan of the Vision Vancouver team.

With only four days to election day, Vision Vancouver has released new radio and TV ads to remind voters of the importance of this election to keep our city moving forward.

“We have worked to create a greener city that leads the world and create new jobs in digital and clean technology. We need to continue to stand up against more oil tankers, make the Broadway Subway our top priority, and build thousands more housing units for families over the next four years,” says Vision Vancouver Mayor Gregor Robertson.

“It’s close, and every vote will count. Vision Vancouver will be working hard to get every vote out, in the last advance poll tomorrow, and on Saturday."

The new TV ad can be viewed here.

The new radio ad can be heard here: https://soundcloud.com/vision-vancouver/radio-advertisement-november-11-2014

Statement from the Mayor:

“Today we remember and reflect upon the profound sacrifices made by Canada’s veterans, ranging from the First World War one hundred years ago to the tragic loss of Canadian soldiers just last month.

“The values and freedoms that define Vancouver as a city are the inheritance of their remarkable service, and we thank the women and men who serve in Canada’s Armed Forces today for their continued courage.

“While the sacrifices of so many who have come before us may seem long ago in memory, their contribution to Canada’s future lives on in our enduring commitment to peace, democracy, freedom and justice. Lest we forget.” - Mayor Gregor Robertson 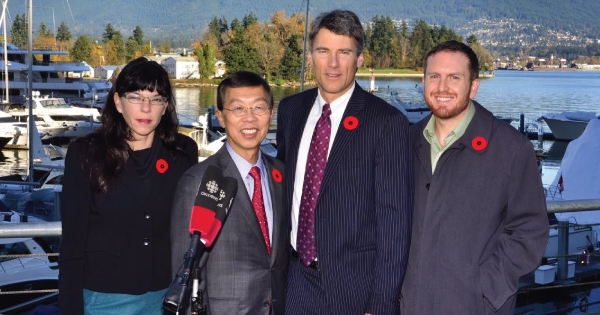 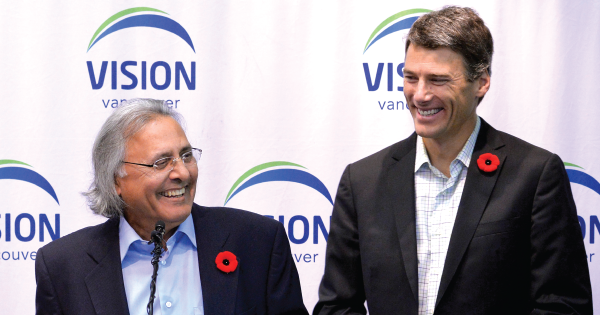